I hopped on down to the Spy House for an over-priced ice coffee while Mrs. North and the child took their naps. What do you know, there was a bike show going on next door. 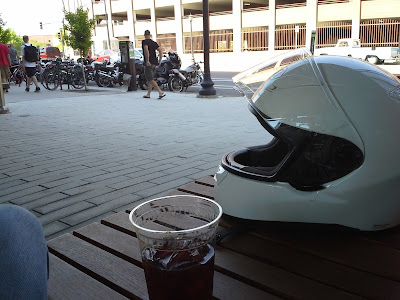 Coffee at the Spy House. 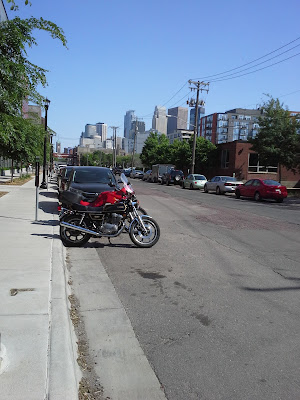 It's not every day you get to park next to a Moto Guzzi Quota.

The Ton Up Boys were putting on their annual Rockers Spring Social. I was only able to make a quick stop in but I talked to some good people, and the bikes were amazing. They had a land speed Vincent that they fired up at drove around the block. It was a symphony of open headers among the tall buildings. The lot was thick with Guzzis from the 70's and 80's, 4 and 2-stroke vintage Japanese iron (alloys?) and a /7 with a single sided swing arm. To top it off there were about a dozen old flathead Indians lined up on the side walk, one of which I was kicked to life and thundered on down the motorway.

I couldn't bring myself to go full paparazzi on the show. I was just walked around and talked bikes with folks; you'll just have to stop by next year if you want to see the bikes. (or visit the VJMC Minnesota Facebook page)

One of these days I'll get around to posting about my spring ride to the Wisconsin Dells (via Iowa) and the work I've been doing on a family heirloom. 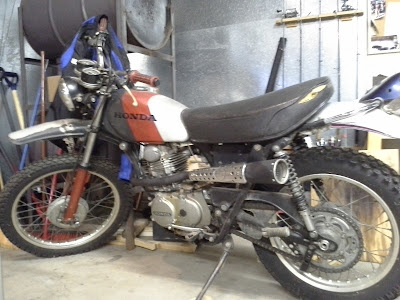 Posted by Jason 2 comments:
Email ThisBlogThis!Share to TwitterShare to FacebookShare to Pinterest 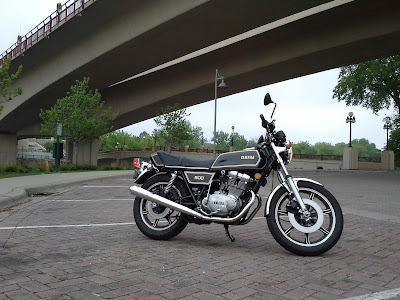 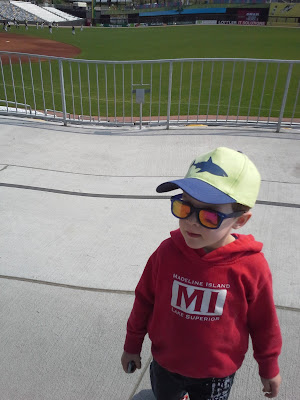 I had to make a quick food run so, naturally, I took the XS all the way across two cities to First Thursdays at Dulono's before stopping at the store. As always, it was a good mix of folks from across bikerdom. I ran into a kid who got his dad's old XS1100 running in a "if you can get it running it's yours" kind of way. The force is strong with this one.

I snapped some highlights from my walk. 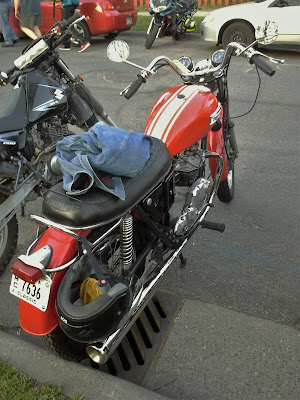 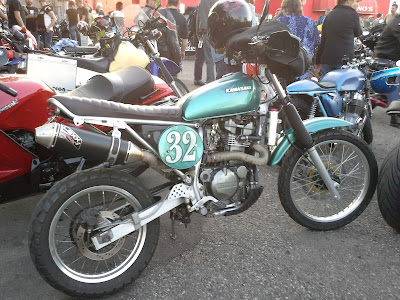 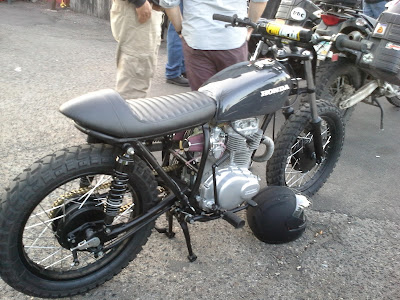 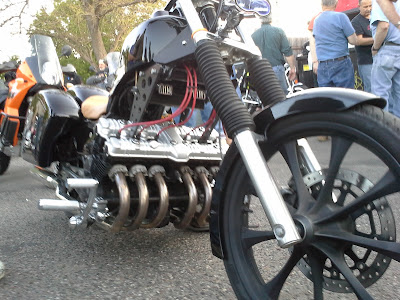 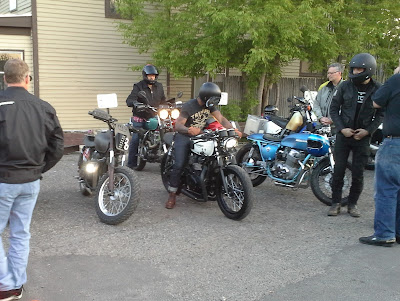 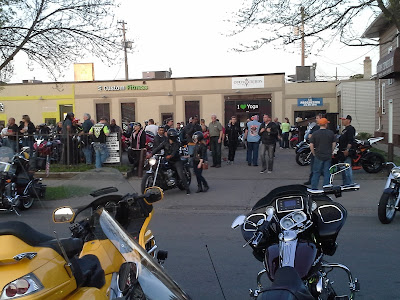 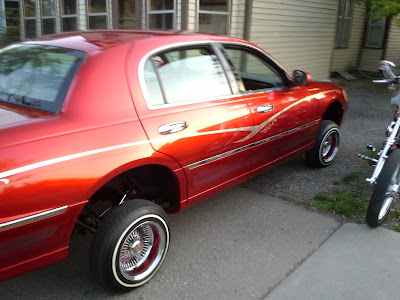