Coop's ride out west inspired me to spend an evening out in farm country. I didn't stop for the scenic vista shots but they were there. I did conclude my wandering at the Cannon River Wilderness Area where I found a nice trail down to the river.
I presume it went down to the river. I only made it so far before the mosquitoes carried me away. I arrived at the trail head as the sun was just touching the tree tops. As all Minnesotans know, this is when the big guys come out to get you. 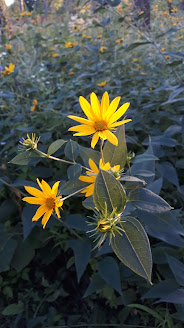 The trail was maintained well enough.  The land looks to be recovering from a big blow-down or tornado, big trees snapped off at about 30 feet up. There's a decent set of steps leading down to a boardwalk that spits you out onto the river's flood plain. The stinging nettles are thick down there but not a problem as the trail was clear. 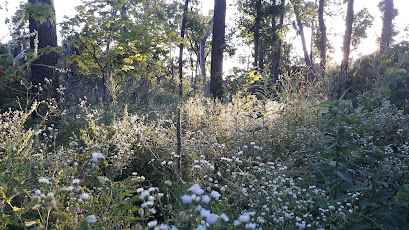 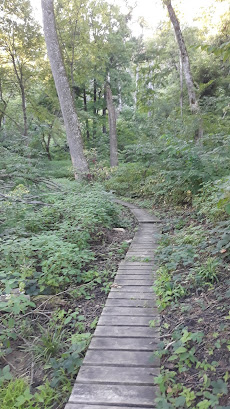 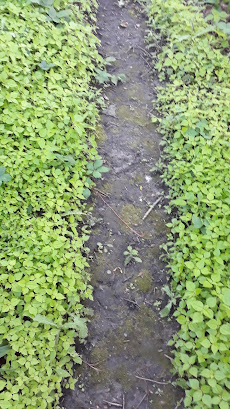 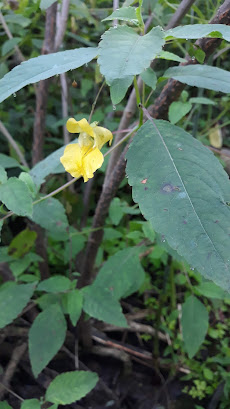 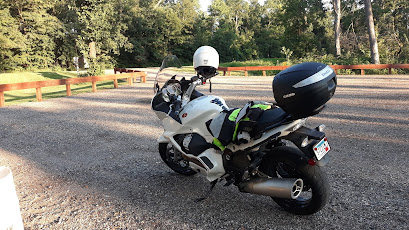 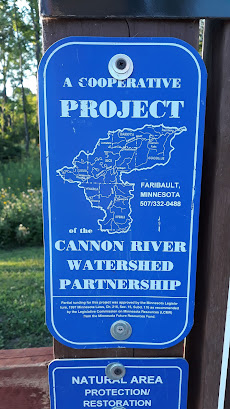 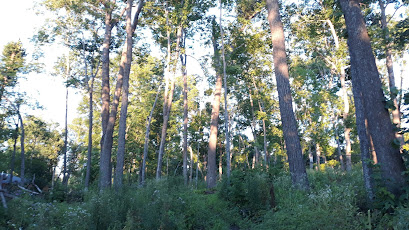 I would have liked to see the river. Next time maybe. 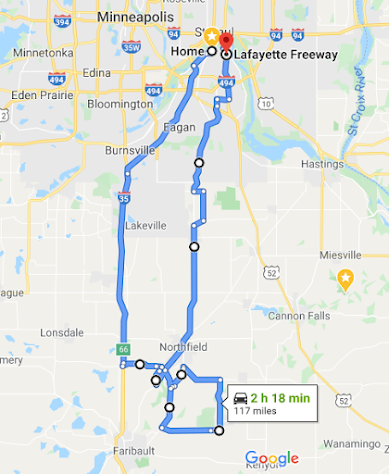 The route, more or less. 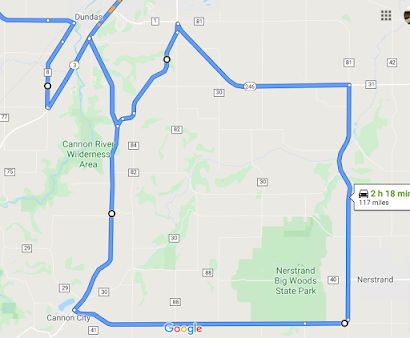 The gently rolling roads of the Cannon River valley.
Nerstrand Big Woods St Park has nice hiking and a waterfall. 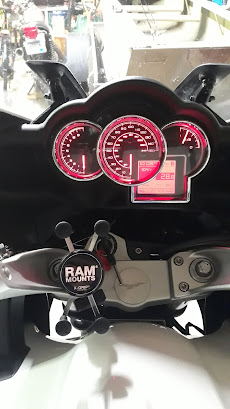 It was a Yamaha night and it preformed flawlessly. The bike ran strong and I found what I was looking for, something to get me out of the house.
I've been working from home since March and I'm just stir crazy. Not that I'm complaining because a.) I'm working and b.) I like the people who live in my house. But, I have no place to be, nowhere to go, no commute to extend, and very few errands to run. I guess I'm a recreational cyclist now and I just need to embrace that. 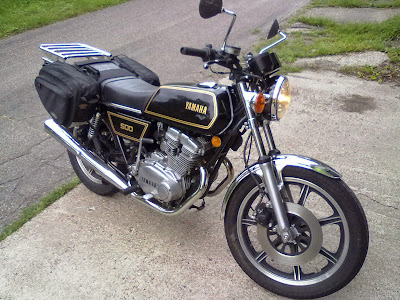 The Yammie is a cruiser, the open country roads are just as enjoyable as the tight twisties, which it's really good at. It makes good sounds and good power. I bet it's every bit as fast as an 883 sportster, and, unlike the AMF sportsters of the day, it's still on the road. I always did like the 2004 883 that I rode, it was enjoyable, made good sounds (stock pipes), and you never expected too much from it so you were always pleasantly surprised. I guess I always was a cruiser at heart, I'm getting older and can admit that now. 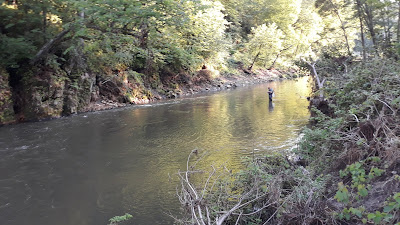 My destination for this evening was the Kinnickinnic River at county road F. I just wanted to sit on the sandy banks and see if I could bust out of my rut. I have had many fishing adventures in this part of the state, I would pour over maps looking for new spots. I can't say, "the thrill is gone" but I haven't gotten after it in a few years. I have trout in the freezer and I know where to get more. 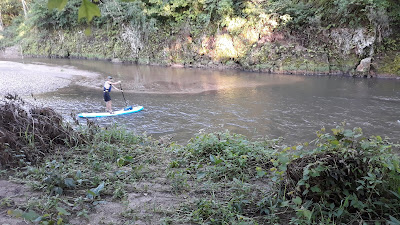 I wasn't sure if I'd be any less grumpy when I got there or if the pointless/aimless feeling would persist as it sometimes does. I think the Kinni wore down some edges last night. I didn't leave with that Alive! feeling but I no longer felt dead either. I was nice to see folks out fishing, trying the same flies in the same spots as hundreds of anglers before them. There was a new-to-me adventure in progress happening too, a small group of guys stand-up paddle boarding. It's 12 river miles from River Falls to F, maybe half that from the fishing access on FF. Looked like they were having a grand adventure. 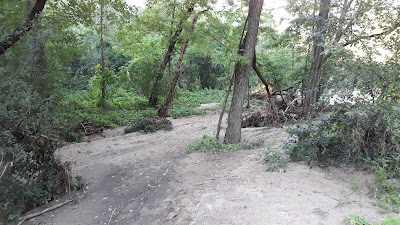 Sand in the woods after recent flooding. 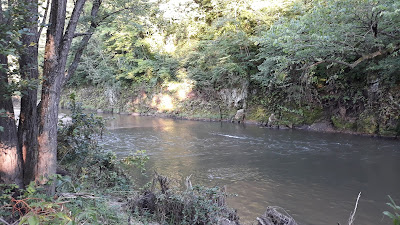 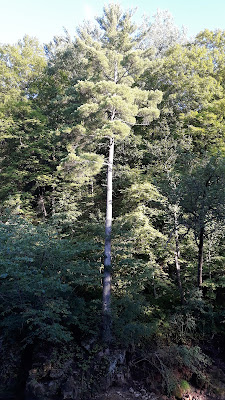 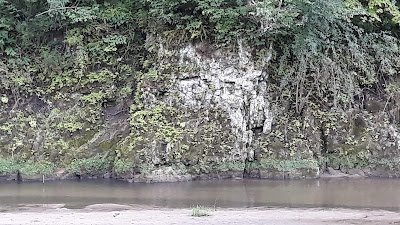 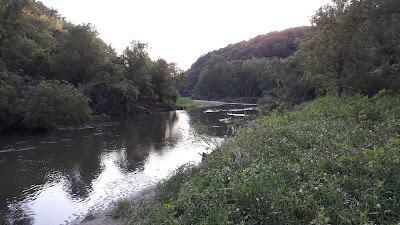 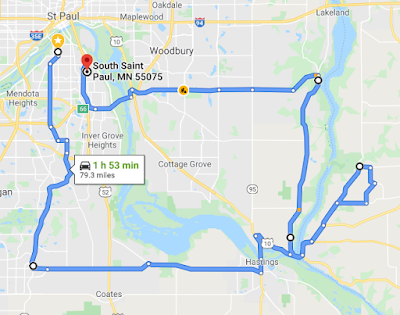 more or less the route
It was uplifting to see guys "out there" getting at "it." For that I am thankful.
Tuesday July 22nd
80ish and humid
Thunder heads in the distance moving east.
6:00 - 9:00
80 miles
- RideNorth
Posted by Jason at 5:47 PM No comments:

A couple of rides out Wisconsin way. One on the Norge to meet up with my dad and our buddy Todd. Another on the XS500, just an after work jaunt to get out of the city for a bit.
It was good to see Todd and my dad again. Due to the lock-down, I haven't seen my dad since Christmas. They were riding out of Eau Claire so we met up in Elmwood at the Vets' memorial Park for some coffee and cinnamon rolls from the gas station. From there we rode over to O, where I proceeded to drag my foot. It was hanging lazily off the side of the peg and maybe I was a little too excited to be out with these guys again. It was a good reality check, reminding me to just enjoy the Trimbelle River valley and all its goings on.
We made it down to the Stockholm Pie Shop for lunch around 1:00. The hand pies looked amazing but I opted for a slice of peach raspberry ala mode and another coffee. We went our separate ways from there, I was needed back up in St Paul that afternoon. It was a short but satisfying ride, very good to be out. 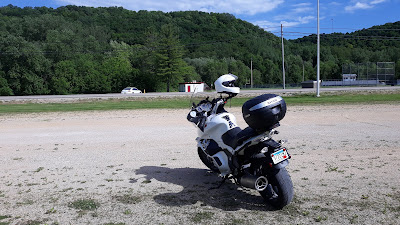 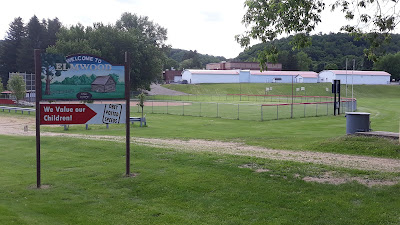 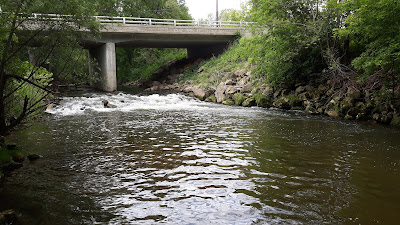 The Eau Galle River in Elmwood
Flowing east and then south into the Chippewa River. 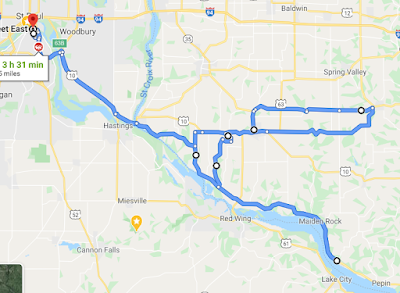 A dead end road outside of Ellsworth, WI.
One fine weekday evening I set out on the old XS with the goal of visiting the Great River Road visitors' center. After seeing it in one of Coop's posts I realized that I've driven by it a hundred times without stopping. It's a nice easy distance from St Paul, perfect for the 500.
From St Paul, I like to take Baiely Road out to Afton. Today I opted for Glen Road out of Newport, I've never been on it before. It's a nice little road and fits with the "adventures close to home" theme that is 2020. Glen eventually takes you over to 70th street which spits you out at Afton State Park.
I've never been to this, the closest to me, state park. I had to take a quick lap as long as I was so close. It's beautiful with prairie bluffs and wooded valleys. I made a note of some of the trail maps and will be back with the family in tow.
My stop at the GRR visitors' center was well worth it. Amazing views and a fairly large building, which was closed. A fair number of people were using the park on a Thursday evening. Workouts were happening, a couple of motorcycles were in the lot, and some kids were running around. I look forward to going back when the building is open. 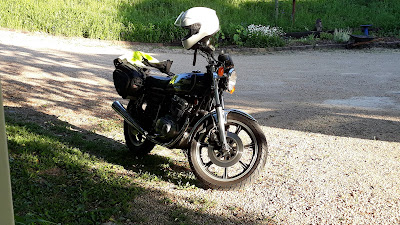 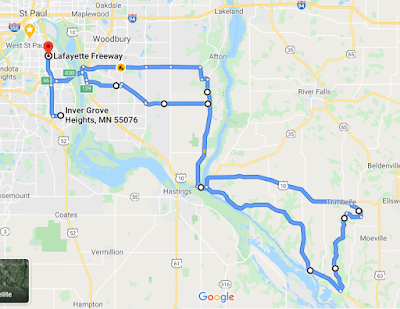