I bought my first street bike in River Falls, Wisconsin. Some clever soul had parked a spray painted black, 1982 KZ550 in the lot on Main Street and Division. The three digit number on the for sale sign caught my eye immediately. A thorough inspection found that the seat cover and chrome were in good condition so a deal was made and I was on the road.

The bike would only start if it was parked in the sun. I have great memories of driving to work in North Hudson on sunny afternoons, then returning the next day to pick it up. It ran well enough for long enough to entertain the opposite sex on occasion, which was important. The woman who would later become Mrs. North was known to putt around town on it.

I took out a loan at the local Credit Union, these were very understanding people.

Today, memories drew their own purple lines on the GPS. My trip from St. Paul to Selma's ice cream parlor in Afton passed through River Falls and Prescott with a stop at Kinnickinnic State Park. I haven’t been on M and MM for years, I forgot how good they are. The fields and barns are all still there, only the farm dogs have changed.

The USGS crest gage on the Kinnickinnik River at County Road F.
River Falls saw 5 inches of rain this weekend. 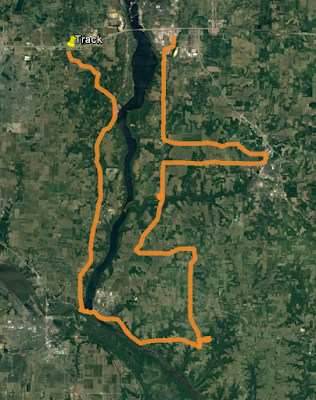 After all that, I did remember to stop at Selma's for a cone. Zanzibar in a sugar cone. I even found a new road out of town. Sometimes I'll take a road because I like its name. Any road named Indian Trail is worth a 180. I knew where it ended up but I didn't know it wound around some hills, wetlands and a small lake.

To that end, I’ve been taking the long, long way to work lately and squeezing in some much-needed exploration time. 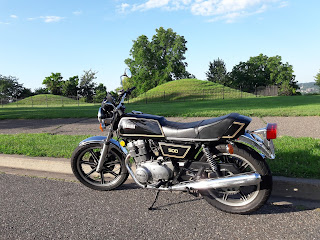 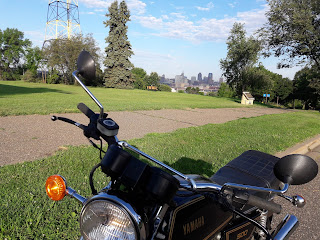 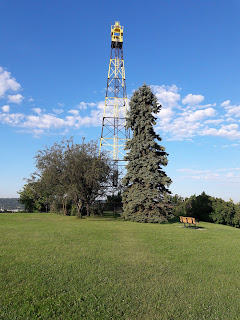 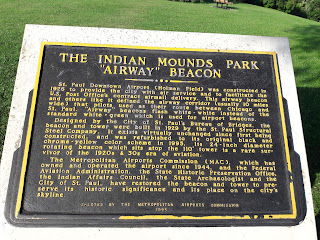 The Airway Beacon came many years after the Phalen case.