Way back in June, Jr. North and I took the camper down to Zumbro Falls Minn. and stayed at the Sportsman's Park Campground on the south side of town. I booked two nights and the plan was to stay for one, two if we were having fun. It rained all weekend but we were having fun and by Sunday morning we were mostly out of food. (Pizza for breakfast!) 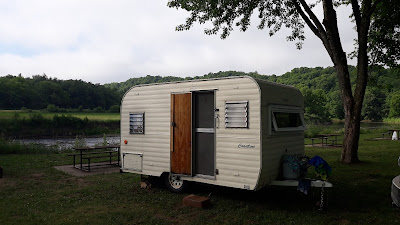 Our 1960 Coastline on the banks of the Zumbro River. 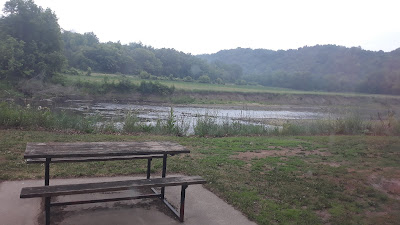 The campsites are clean and simple.
Sportsman's Park is a small, private campground with electric and water hookup at most sites. There are some long-term campers parked there but not many. Also, as a private campground, there is some partying going on. Our site was in the south end and all our neighbors were pleasant retired RVers. The far south end had some families tent camping. The north end of the campground had a few partiers but they were friendly and tame enough, although I wouldn't want to be next to them. Also the restrooms were clean port-a-potties.
Firewood is available for $30 a Gator load (a lot of wood) and there are tube, kayak, and canoe rentals. (a shuttled, 9 mile route)
Just east of Zumbro Falls is a giant, mega, private campground called Bluff Valley. It's a little big and expensive for our tastes. Our neighbors for the weekend had just relocated from the loud, busy Bluff Valley to the quieter Sportsman's Park. It did have one amenity that drew Jr and I to the area, an indoor skatepark with climbing walls. For $10 a day we had access to both. It rained all day and we spent six and a half hours, off and on, skating and climbing at the facilities. Calories were burned, skills were honed, and fun was had. Climbing gear, scooters, skateboards, and helmets are available.
The skatepark features BIG features and you can tell it was built for BMX bikes. They have bike demos and contests if you're looking for an exciting show. The day we were there was quiet all morning with some bikes and scooter kids showing up in the afternoon, mostly waterlogged campers looking for something dry to do. 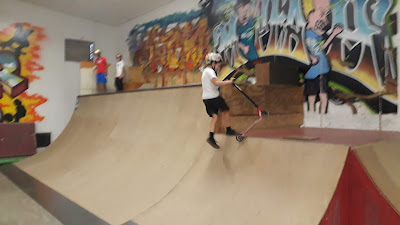 Jr. North (8) testing out the scooters. 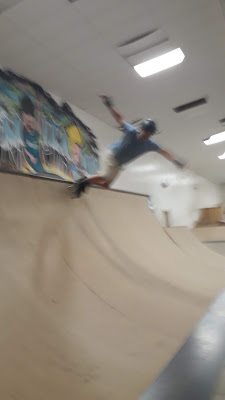 The only known photograph of Dadus shrederi.
This ramp was huge and it took me a while to get up on the coping.
(the metal piping at the top of the ramp)
Jr North, the drop king, is fearless. 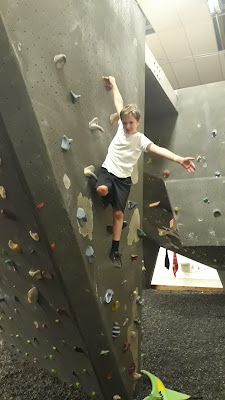 The climbing walls are mostly bouldering.
They do have two auto-belays. 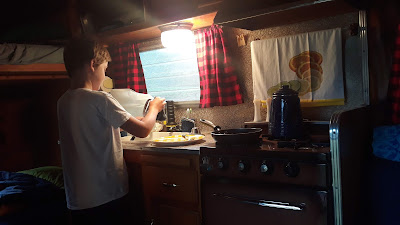 Dishes in the camper. 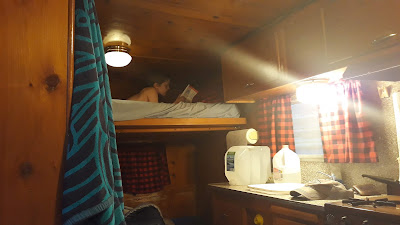 Relaxing with a book after a long day. 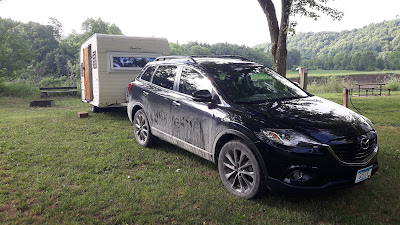 Skate all day then fall asleep to the sound of the river and crickets.
Fun.