Every year for the past 14 years (2006ish, maybe) my Dad, Todd, and I have been getting together for a spring ride. Our buddies Greg and Alex, and my brother have been known to join us from time to time. I'm sure I've missed a year or two when my son was little. This year it was just the three ham-egos.

For a long time, we'd meet up in Wisconsin Dells and ride the twisty roads of the Driftless area. They would ride out from Milwaukee and I would head down from St. Paul. Lately we've been branching out and exploring new lands. This year we set our sights on Starved Rock State Park in north central Illinois. 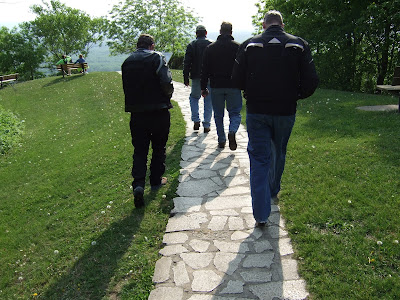 Friday morning I walked Jr. to school and finished packing my bags. My plan was to take the four lane south to Zumbrota and head over to Wabasha on highway 60, a beautiful road with big sweeping corners that winds its way down to the Mississippi river valley. It's been a long time since I've ridden it and I was excited to see it again. Unfortunately, the four lane exposed me to side winds that would dog me all weekend. 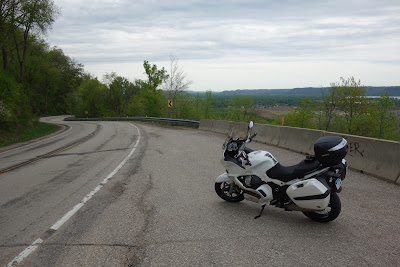 From Wabasha, the I stuck to the river valley all the way to Clinton Iowa. For the most part, the bluff protected me from the wind. Riding alone meant I could ride as long as I wanted and stop when I got hungry. It's an important process for disconnecting from work and stress. Focus on riding, slow, fast, far, whatever. I did have a goal of arriving at the Chateau de Lasalle motel sometime in the vicinity of supper but that was all.

I love riding down the big River valley. The roads on the west side mostly stick to the flood plain and there's much to see as you traverse the Driftless area. The bluffs grow bigger as you ride south and the culture quickly changes from walleye to trout to carp. (Not a typo, I'm talking about fishing here.) I feel like that's a fair way to describe the transition from Minnesota to Iowa. 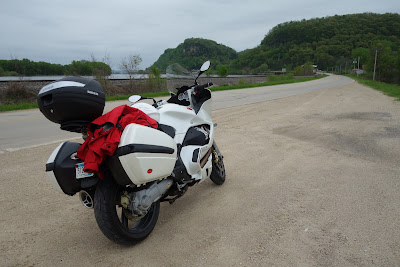 My first stop of any length was at Effigy Mounds National Monument Just North on McGregor, Iowa. They have a beautiful visitor's center with a few small mounds just a short stroll away. If I had more time I would have taken the two mile loop up to the bear and snake mounds. The mounds sit just north of Pike's Peak State park. On the Wisconsin side of the river is the confluence of the Wisconsin river with the Mississippi, and Wyalusing State Park. Wyalusing has the most spectacular bluff top view if the river valley and is worth a visit, I feel some plans brewing for a family trip. 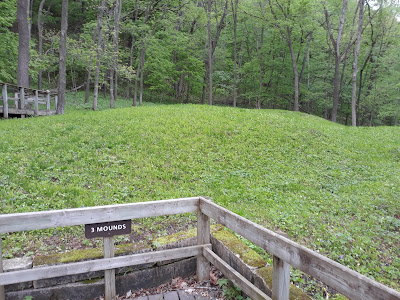 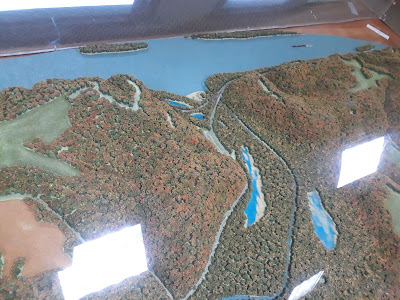 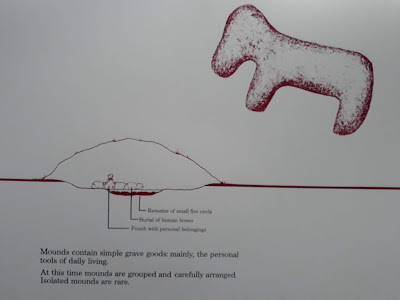 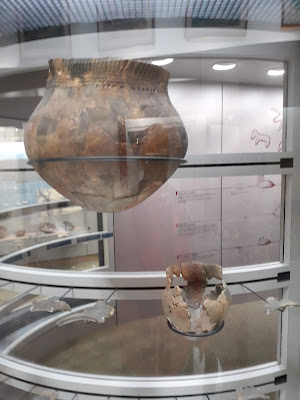 I've never ridden south of McGregor Iowa, from here on in I was breaking new ground. The great state of Iowa made navigation easy by designating all the good roads "Iowa Scenic Byway." The   road from highway 52 at Millville to Dubuque is called C9Y and "Great River Road" in spots. It winds up and down massive bluffs an packs ineradicable views of the Mississippi River flood plain below. The pullout in Balltown is particularly spectacular.

There are some tricks to following the river roads in Iowa. In several of the towns you need to take the small two lane levy roads out of town rather than highway 52. X52 south out of Lansing and north out of Guttenburg will do that. 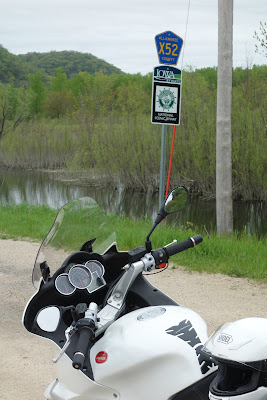 Crossing the river in Clinton Iowa brought me out of the valley's protection and put me back in the wind. Thankfully it had settled down now that it was mid afternoon. Illinois State Highway 78 was a pleasant ride with long straight stretches that reach out to the horizon. Not bad in small doses, and I got the see beautiful Hooppole, Illinois! From there I-80 took me over the the twin cities of Peru and Lasalle, the Illinois River valley, and Starved Rock State Park. 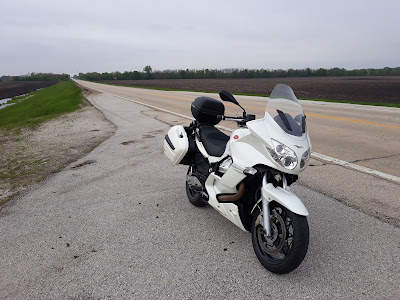 I met up with Todd and a my dad and headed out for dinner and shenanigans in Lasalle. We caught up over a fancy diner at a restaurant that I didn't catch the name of then walked over to Re Phil's for drinks, more catching up, and a Bucks win. (Fear the Deer!) We always run into a cast of characters on these trips and Re Phil's didn't disappoint. 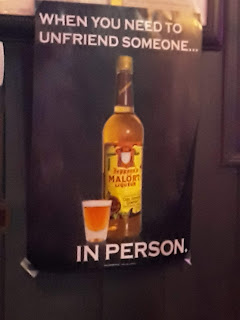 Day two was spent exploring the park and making our way up to Galena Illinois.