The next morning we rode out to breakfast at the beautiful lodge at Starved Rock State Park followed by a morning hike. Built of massive timbers by the CCC, the lodge is worth a visit. Its great room is still filled with furniture that was built at the time of its construction. One of the wings of the building is a restaurant and, lucky for us, it has a breakfast buffet. The park is about 1.5 - 3 hour drive from Chicago and got more crowed as the morning progressed. Getting there early meant that we had a leisurely breakfast and had the hiking trails mostly to ourselves (by northern Illinois standards).

The park is located on the banks of the Illinois River and features limestone bluffs, river front hiking, and slot canyons that terminate in waterfalls. The waterfalls are ephemeral and only run during the wet spring season or after a rainfall. It had rained earlier in the week and severe weather was predicted for the afternoon. This made the trails muddy and almost impassible in places but the waterfalls were running. 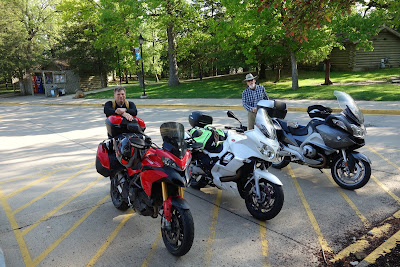 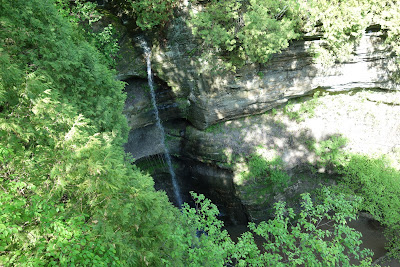 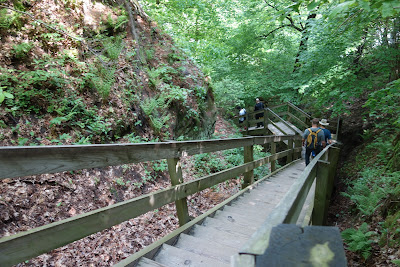 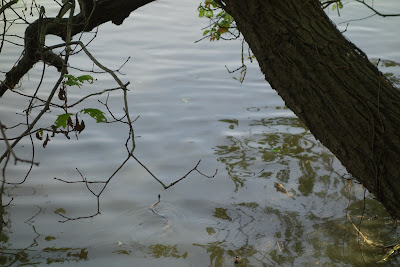 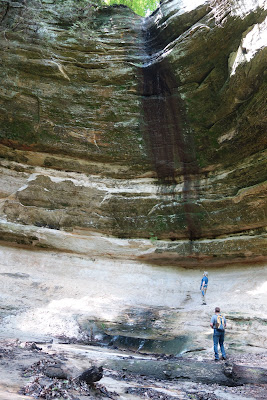 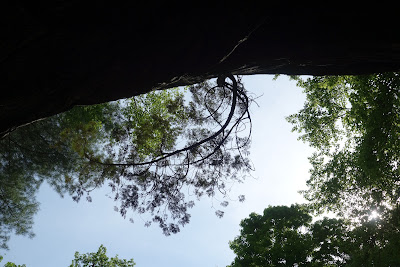 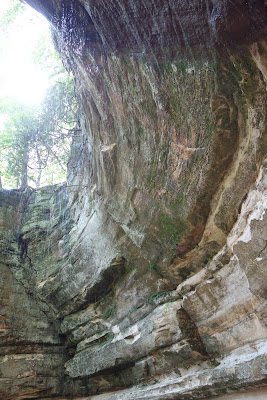 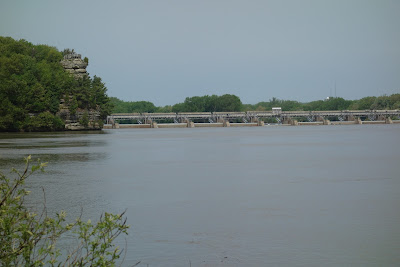 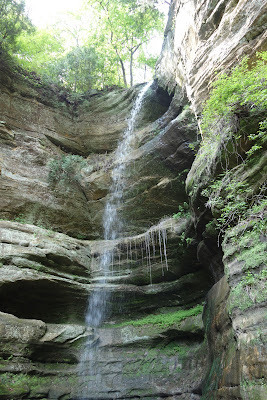 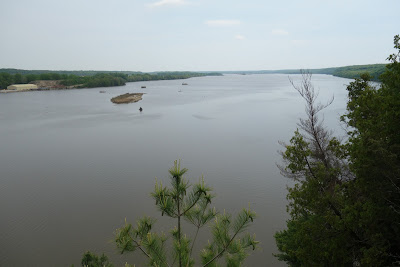 We wrapped up our hike just as the eastern sky was turning dark. The parking lot was full of people. Large groups of kids were setting out to hike the bluffs and canyons. We ran into a group of guys on a day ride out of Chicago, sneaking away from family life for a few hours to ride with buddies. I can get behind that! Chicagoans are generally outgoing people who have no problem hamming it up with strangers. We talked bikes and riding for fifteen minutes or so before heading out. Good guys.

The storm hit just as were were getting out of the park so we pulled over at what we hoped was an establishment that served food. What we got was a weird combination of bar and head shop. No food, but they had swards and liqueur. What could go wrong? Just as we reached this oasis, the front came through bringing with it cats-and-dogs biblical rain. We were stuck with nothing left to do but hang out and wait. Once the rain let up we headed across town to the Cabin Fever, a place that serves real honest food to refuel for the wet ride to Galena. I hear the deep fried monte cristo is amazing but I settled for something a bit less fried.

Refueled, we set out in a light rain, nothing much to worry about. I-80 was littered with wrecked cars in the ditch. The wind and rain must have been bad out here in the open, we made the right choice to stop. Instantly, I was reminded of the kids heading out into the slot canyons back at the park. I hope they made it out of there okay or found shelter under the overhangs and in the caves. They were in for some severe weather followed by hours of heavy rain.

The ride up to Galena was uneventful. We did stop in Savanna to google the collection of race bikes at the Iron Horse Social Club. I was told that Frank, from American Pickers, has a bar full of old bikes somewhere in the area but we didn't didn't get a chance to see it. (we're not here to bar hop) 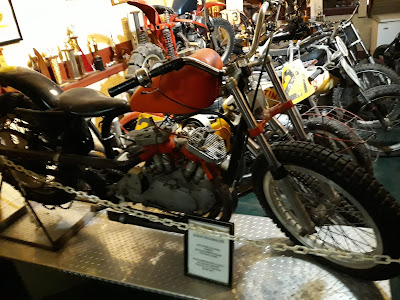 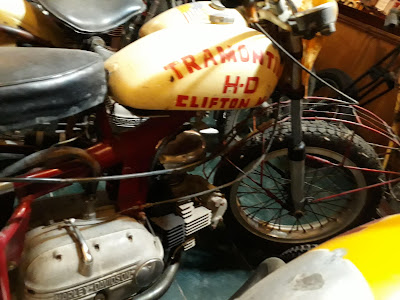 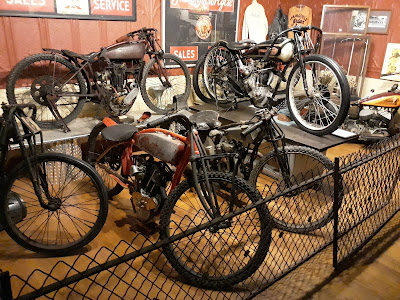 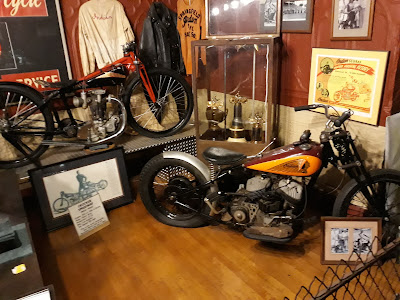 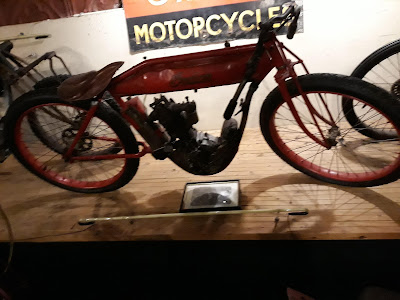 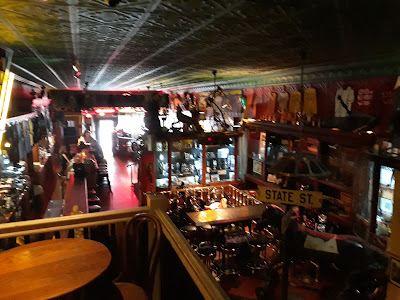 We stayed in a Super 8 or something just outside of Galena. The "Irish" restaurant in the same development had okay food but the entertainers were not having their best night so we got out of there pronto. We rode into town to take in the main street on a Saturday night. Stopped into the Galena brewing company for a beer and took in the one man band. Nothing crazy, just hanging out and people watching. The brewery was followed that up with a walk around town. I was impressed with the restaurants and shops. The town is built into a bluff on the Galena River, a historic shipping channel connecting the area to the Mississippi River. 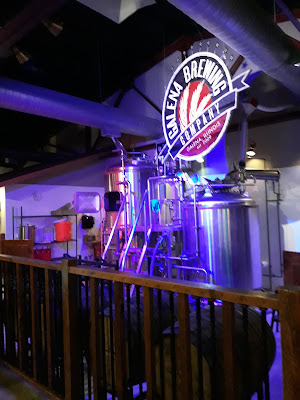 A quick scoot up the hill found us in our beds where we slept soundly form a full day of hiking and riding in the rain.